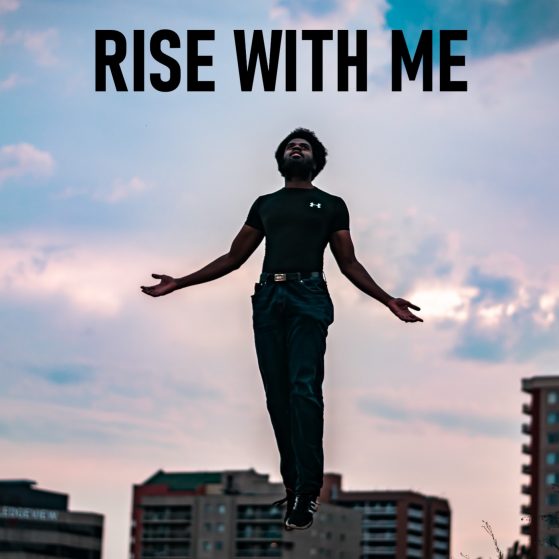 RISE WITH ME” BY GOODIEBOYZ FT. SUMBOYRAY, SWITCH & THE COLLECTIVE IS IMPRESSIVE

Rapping is the key component of hip-hop, and is synonymous with poetry. Superb poetry is guaranteed to contain some sort of message at the very least. And “Rise With Me” by Goodieboyz ft. SumBoyRay, Switch & The Collective contains many messages, which makes it superb hip-hop. Moreover, the chemistry between the collective is without a doubt one of the most exceptional I have heard this year. Whether they are trading bars emceeing or harmonizing mid-song, they work wonders. It never feels monotonous due to the differing vocal styles. The terms ”conscious rap” and ”alternative” best describe the style and content of this work. Complete with heartfelt lyrics, an eclectic alternative-rock flavored beat, and rhyming prowess, Goodieboyz and crew, paint their masterpiece for the ears and mind alike. The collective also express the importance of being an MC; it isn’t about the money, it’s about being inspiring people.

Goodieboyz are a collective who got off the ground as a virtual group in 2005 after being spellbound by the success of the UK band Gorillaz. They have since moved on and created a cross-genre and multimedia platform where art is made for art’s sake, and commercial success can be considered a byproduct.

“Rise With Me” is the type of song that can bring a sense of spirituality, social conscience, and moral balance back to hip-hop. Goodieboyz have a different sense of hip-hop, and a further commitment to developing its ideas, rather than just miming what’s come before.

This all equals to a quality of music that most popular artists wish they could possess. Charisma oozes from every bar with switchbacks from rapper to singer to production, running extremely smoothly. Goodieboyz ft. SumBoyRay, Switch & The Collective make for an excellent litmus test for whether someone truly understands hip-hop in all of its facets and how it is able to blend with other styles.

Lyrically, they’re non-stop, never backing down on anything that they have to say. To sum up how most of the rapping is on this track, it would be considered thought-provoking talk. “Rise With Me” proves the collective’s lyrical prowess with many impressive verses.

“So you mad about the immigrants / Mad players don’t stand / But what I don’t understand is what about the government / While you worried about the bans and the thugs man / They forgot about the leader of the free land”, shows you just how candid and topical this crew is. Striking the perfect balance of style and substance.

This is a track for people who abandoned rap music a decade ago because it lost its originality but still recognize talent when they hear it. Even if you’re not typically a rap music listener, you’ll love this. Wonderfully melodious and verbose, Goodieboyz ft. SumBoyRay, Switch & The Collective are a different matter entirely. The creativity and musicality of their art is captivating.

In a four-and-a half-minute song, Goodieboyz offer reflections of our past, discuss our present, and foreshadows our future. They actually write about things that a serious and mature person living in an American society thinks about daily. In a prolific year for mumble rap, it’s hard not to be wholly impressed by “Rise With Me”.
Tuneloud

Back
Manage Cookie Consent
We use cookies to optimize our website and our service.
Manage options Manage services Manage vendors Read more about these purposes
Preferences
{title} {title} {title}